↑
You are here: Home / Gardening / Using Dryer Lint in the Garden
This post may contain affiliate links. Read our disclosure policy here.
46 shares

Warning: This is another one of those “can’t she just throw it away?” posts. And no, I can’t!

We have very sandy soil, which is great for growing asparagus, but the other plants I grow in my garden require more water and less drainage. There are companies that manufacture moisture control soil, but it is very expensive, so I decided to create my own. I mix dryer lint into the dirt along with compost. 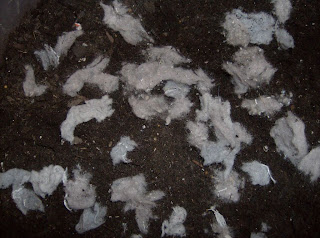 We primarily wear cotton clothing and use cotton towels and sheets, so the dryer lint will easily break down in the soil. I would not do this with lint from synthetic fabrics. I tear the lint into small pieces and turn it under with a shovel. The lint retains water and keeps it near the plant’s roots. 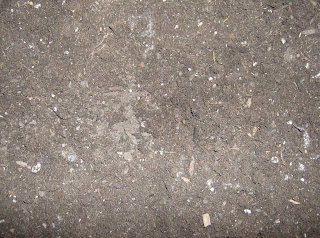 Nobody can tell that there is lint in the soil, but the plants will thank you!
For more ideas visit Works For Me Wednesday at We Are That Family.
46 shares 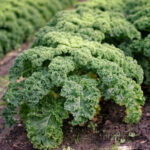 Tips for Growing Kale in Your Garden 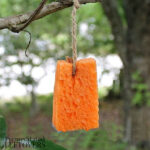 How to Make Butterfly Nectar 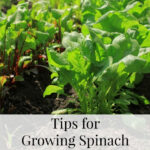 Tips for Growing Spinach in Your Garden

While volunteering as a budget counselor, I realized that food is the element of most people’s budgets where they have the greatest control. I set out to develop low-cost recipes from scratch to prove it’s possible to create delicious meals on a limited budget. Eating well while spending less is about more than just creating recipes using inexpensive ingredients; it’s about creatively combining ingredients so you don’t feel deprived and are inspired to stick to your budget.
46 shares