↑
You are here: Home / Deals / How to Save Money By Weighing Your Produce
This post may contain affiliate links. Read our disclosure policy here.
431 shares 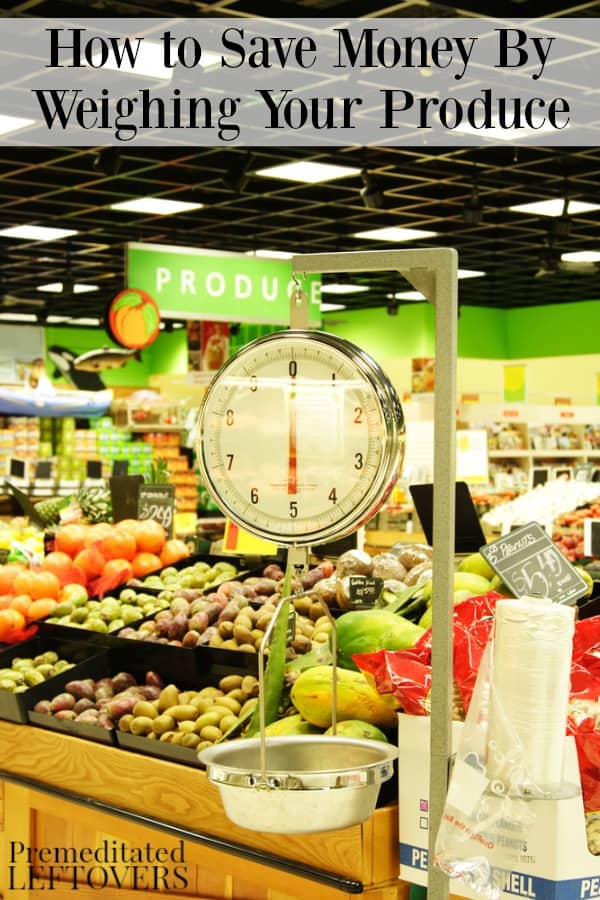 It seems as though most people avoid scales whenever possible, right? Well from now on, you will never want to avoid the grocery store scale again!

Many people do not pay attention to produce department scales, as most produce items are already neatly bagged up and ready for purchase. Long gone are the days where everything was weighed before being purchased. And so, you may just grab a carton of berries or bag of apples and assume that just because the packaging reads one pound, it is for certain one pound. Wrong!

There can be a large discrepancy when it comes to the weight of prepackaged produce and if you are not careful, you can easily miss out on a chance to get more bang for your buck. So instead of just grabbing the first container or bag of produce you see, take a look at how to save money by weighing your fruits and vegetables instead.

How to Save Money By Weighing Your Produce:

1. Find a scale.
Each produce department should have at least one. Don’t be scared of the scale. The scale is your friend and there to help you, so don’t be afraid to use it.

2. Pick the produce item you want.
For example, let’s say you want a one-pound container of strawberries. Grab three to four 1-pound boxes and make your way over to the scale. You are grabbing several because you want to compare the weight of each one and see which one will weigh the most.

3. Weigh your items.
Place each box of strawberries one at a time on the scale. Allow it to sit for a few seconds so the arm on the scale can settle into place. You will notice right away that each box is not necessarily one pound. Some will be less (boo!) and some will be more (hooray!) so you want to keep the one that weighs more of course. That will be the box you take home.

4. Return your items.
Return the boxes of berries that you do not wish to purchase to their original spot. We still want to be considerate of the store and other shoppers and not leave a mess.

5. Pat yourself on the back.
Place your freshly weighed berries in your cart and pat yourself on the back. By taking a few extra minutes to weigh your produce you found a box that weighed more than the others. Therefore, you are going home with more produce for the same price. Strawberries may be $3.00 a pound that week, but the box you snagged is weighing in around 1 pound and 3 ounces, so you are getting 3 extra ounces free!

See how easy it is to walk out of the grocery store with more bang for your buck? When you weigh your produce, it is very easy to do that. Never walk through the produce aisle without weighing your prepackaged items first. You will find that not all packages are created equal, and because of this, you have the chance to walk away with more.

How to Save Money on Produce

10 Ways to Save Money on Organic Food 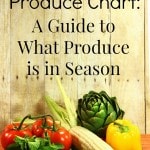 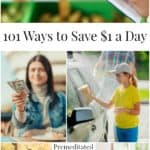 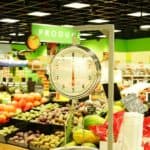 How to Save Money By Weighing Your Produce

While volunteering as a budget counselor, I realized that food is the element of most people’s budgets where they have the greatest control. I set out to develop low-cost recipes from scratch to prove it’s possible to create delicious meals on a limited budget. Eating well while spending less is about more than just creating recipes using inexpensive ingredients; it’s about creatively combining ingredients so you don’t feel deprived and are inspired to stick to your budget.
431 shares