↑
You are here: Home / Naturally Frugal Living / What is the Difference Between Minimalist and Frugal Living?
This post may contain affiliate links. Read our disclosure policy here.
2256shares 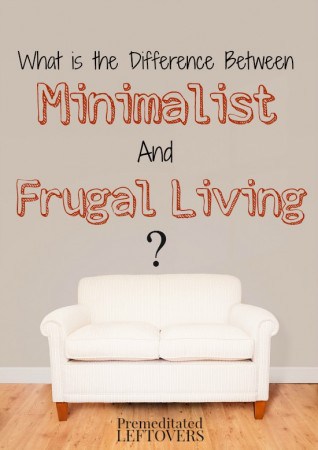 This may be a strange question to pose, but, what is the difference between minimalist living and just “plain old Frugal living”?

The two are very easily connected as living frugally often means living simply and minimalism often means doing things in a less expensive way. Let's explore the difference between the two so you can decide if minimalist living is right for you.

What is the Difference Between Minimalist Living and Frugal Living?

Frugal living is simply the art of finding a cheaper way to do things. It is doing things in a way that means you can afford it or in a way that makes it easier to afford other things you want, desire or need.

Minimalism is basically just escaping consumerism. It is living in such a way that you stay away from the constant need to “keep up with the Joneses”. It is living simply.

Now, frugality is definitely a part of minimalism. In order to get away from a feeling that you need to have the next big thing that is available for purchase, it is important that you find ways to get around that mindset and living frugally is one of those ways. For instance, instead of buying more storage containers, using ones from food you already bought is one way to combine frugality with minimalism.

Just as living with less is common in frugal living lifestyles, it is vital to a minimalism lifestyle. It can be very freeing to get rid of things you do not absolutely need or use. Minimalism requires that you live with only the things you absolutely need in order to avoid feeling like you need to take on too many possessions, promises of time and even food.

Minimalism is also like living frugally because it is living a life that is low in debt as well as low in financial obligations.

Here are some examples of what a frugal living person would likely do verses a minimalist for a greater understanding of the difference in the two.

A frugal living individual might cancel cable and instead go with a streaming service. A minimalist would probably get rid of TV all together and instead opt for a creative low cost hobby to fill in down time.

A frugal living individual would try to make meals with low cost ingredients and would search out the way to get the ingredients they desire the cheapest. A minimalist would likely just work with what they have on hand or what they can easily obtain for a low price, possibly homesteading to grow their own food.

A frugal living individual would seek out the most cost effective way to buy new clothing for their wardrobe in the changing of seasons. A minimalist would likely just alter the clothing they already own and learn skills like sewing or mending to make their clothing last the longest.

As you can see, neither way is necessarily “better” than the other, but rather the difference lies in buying more vs “making do” with what you have.

I want to stress that there is no wrong way to be frugal or minimalist. Either are really great lifestyles because they allow a person to decide how far they wish to go with each one.

Do you live a minimalist lifestyle or a frugal one? Does either lifestyle appeal to you?

How to Save Money with Minimalism

How to Ease Your Family into Minimalist Living

How to Simplify Your Life with a Minimalist Wardrobe

What is the Difference Between Minimalist Living and Frugal Living 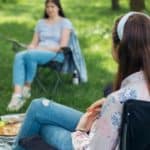 How to Throw a Party AFTER Quarantine is Over 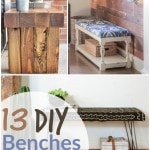 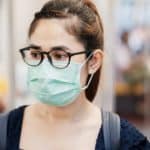 While volunteering as a budget counselor, I realized that food is the element of most people’s budgets where they have the greatest control. I set out to develop low-cost recipes from scratch to prove it’s possible to create delicious meals on a limited budget. Eating well while spending less is about more than just creating recipes using inexpensive ingredients; it’s about creatively combining ingredients so you don’t feel deprived and are inspired to stick to your budget.
2256shares