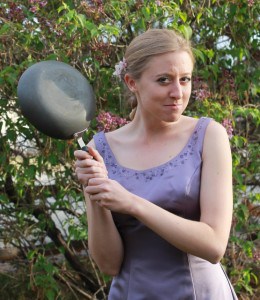 My daughter created this frugal Rapunzel costume with a purple dress, a pan, and flowers in her hair. Cost $0.00! She made do with items we had from around the house (and garden). 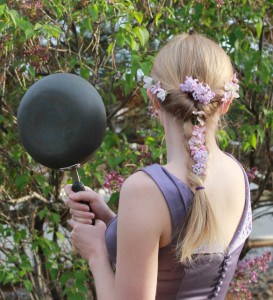 My kids have always been pretty creative and frugal when they need a costume. Below are some ideas they have implemented to create costumes.

Make use of uniforms. My husband volunteered in an ER, drove an ambulance to pay his way through grad school and served in the Navy as an aviator. His closet is a treasure trove of “dress up” clothes. 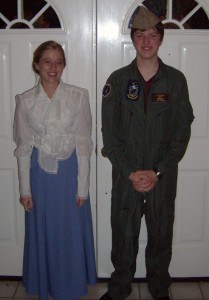 Make use of parent’s clothing to create costumes. My son borrowed my husband’s flight suit for a costume dance and my daughter dressed as a Gibson Girl using my old clothes. Note: Only people over 60 know what a Gibson Girl is. 🙂

Make use of special use items in your wardrobe to create costumes. My kids have also made use of their own clothing to create costumes. My daughter adapted her English riding clothes to create a Scarlet Pimpernel costume for a book club party. She simply added lace to the sleeves of her jacket and added a fancy cravat. My son adapted his riding clothing to dress as a Revolutionary soldier.

Make use of household items as props for costumes. Props can make your costume. They also let you get away with using less authentic costume pieces if the character has a very well known prop. My daughter used a pan to complete her Rapunzel costume. My oldest son used a tea pot in addition to a tall top hat when he dressed as the Mad Hatter. My daughter has even used siblings as props. When she dressed up as Jack Sparrow, she dressed her youngest brother up as a monkey. This year she is considering using her graduation gown to dress up as a wizard and is trying to convince her youngest brother to dress up as an owl. 🙂

The thrift store is a frugal resource for costumes. You can find used costumes, but you can also adapt items from off the rack to create costumes like hippie, nerd, grandma, cowboy, princess, hobo, James Dean, etc. The possibilities are endless.

Consignment stores often sell used costumes. One year I was at a loss for a costume for my youngest son. I went into a consignment store a few days before Halloween and they had a rack of costumes marked down 50%, so I was able to get a little cowboy costume for our Harvest party  for $1.50: 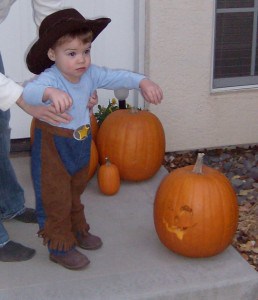 Buy costumes from the clearance section the day after Halloween. We often have a harvest party the first weekend of November which means we can take advantage of the Halloween sales. Last year, I went to the Gymboree Outlet shortly after Halloween and found several high-quality costumes at greatly reduced prices.  I bought a doctor and chef costume as gifts for my son to use as dress-up. This year he is going through his dress-up box to pick a costume.

Alter your clothing to create a costume. You can Tie-dye or tie-bleach clothing at home when going to a ’60’s party. 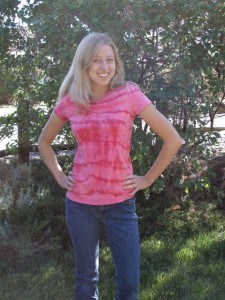 Sew Costumes to Save Money. Many years I have sewn a costume for one or more of my kids. If you are still learning to sew, costumes are a great way to practice because it isn’t as important that everything be perfect. Can you see all the crooked seams on my daughter’s Eowyn costume? Nobody else could either…especially when she was wielding a sword. 🙂 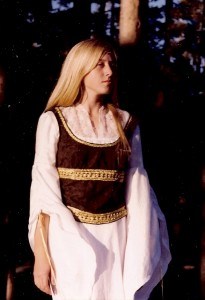 Just have fun with your costume! One of our friends came to a Harvest party at our house dressed as a hippie and had a sign on the back that said, “Nudist on Strike”.  Her costume was the hit of the night! 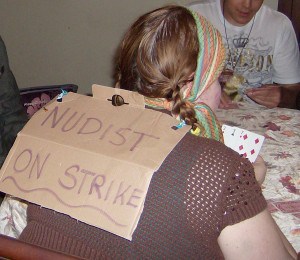 Don’t forget to pass down costumes! We have a box of dress up items that we pull down from the attic when someone needs to create a costume. And it is perfectly acceptable to wear the same thing several times if the costume still fits.

How do you save money on costumes? 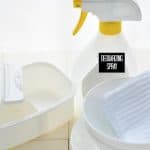 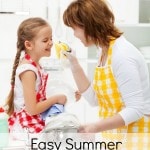 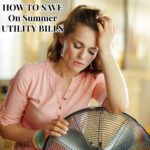 How to Save on Utilities in the Summer

While volunteering as a budget counselor, I realized that food is the element of most people’s budgets where they have the greatest control. I set out to develop low-cost recipes from scratch to prove it’s possible to create delicious meals on a limited budget. Eating well while spending less is about more than just creating recipes using inexpensive ingredients; it’s about creatively combining ingredients so you don’t feel deprived and are inspired to stick to your budget.
174 shares