↑
You are here: Home / Deals / Shopping with an Earth Mother and a Sugar Daddy
This post may contain affiliate links. Read our disclosure policy here.
17shares

I scored several great manager’s specials on organic spinach, lettuces, carrots, and lots of fruit at my favorite grocery store last Thursday. Even though I had not left the produce section, my cart was already quite full. A customer struck up a conversation with me and referred to me as an earth mother. I did not have time to find out if she meant that as a compliment or not because I had to chase after my toddler who was running towards a wine bottle display.

When we were putting away groceries my daughter related the story to my oldest son, “she called Mom an earth mother. So what does that make us? Dirt?” My son replied, “the politically correct term is sediment”. I tweeted my daughter’s question and @shirleygfe said it made my kids blessed, because she is nice like that.

On Friday night, my husband asked the same question he asks every weekend: “who needs ice-cream?” That is the cue for the kids to jump in the van and drive to the store where they will have shopping cart races and each pick out their favorite flavor of ice-cream or sorbet.

On Sunday when I announced that I needed to go to the store to pick up a few things, my husband joked that there wasn’t room for any more veggies in the fridge. My son suggested that my husband and I go shopping together so we would buy a balance of healthy food and junk food. My daughter said, “that would be like Luke Skywalker and Darth Vader going shopping together”. My son asked which one of us was Darth Vader and before I could answer my husband said, “No Luke, I am your earth mother”.

My family obviously enjoys teasing me. My daughter refers to some of my dinners as “death by vegetables” but she goes back for seconds and thirds. My husband harasses me about all the organic veggies and lack of junk food in the house, but he does read the labels before he buys the ice-cream and sorbet to make sure they are made with real ingredients. I would like to think that we have come to a compromise and he appreciates my food values, but it might just be that he is afraid of Darth Earth Mother. 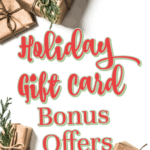 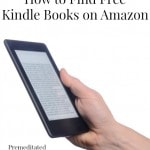 How to Find Free Kindle Books on Amazon 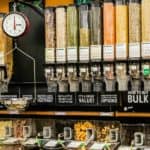 The Dos and Don’ts of Buying in Bulk

While volunteering as a budget counselor, I realized that food is the element of most people’s budgets where they have the greatest control. I set out to develop low-cost recipes from scratch to prove it’s possible to create delicious meals on a limited budget. Eating well while spending less is about more than just creating recipes using inexpensive ingredients; it’s about creatively combining ingredients so you don’t feel deprived and are inspired to stick to your budget.
17shares