I can’t live without my chocolate, and these 15 Gluten-Free Brownie Recipes are absolutely perfect for feeding that craving.  Just because gluten isn’t allowed in my diet doesn’t mean I can’t have something totally decadent to satisfy my craving for chocolate deliciousness.  These recipes are some of my personal favorite gluten free brownie recipes.  They are great for healthier options with some even being low fat, but many are perfect for indulging that rich and decadent chocolate craving that you just can’t satisfy otherwise. 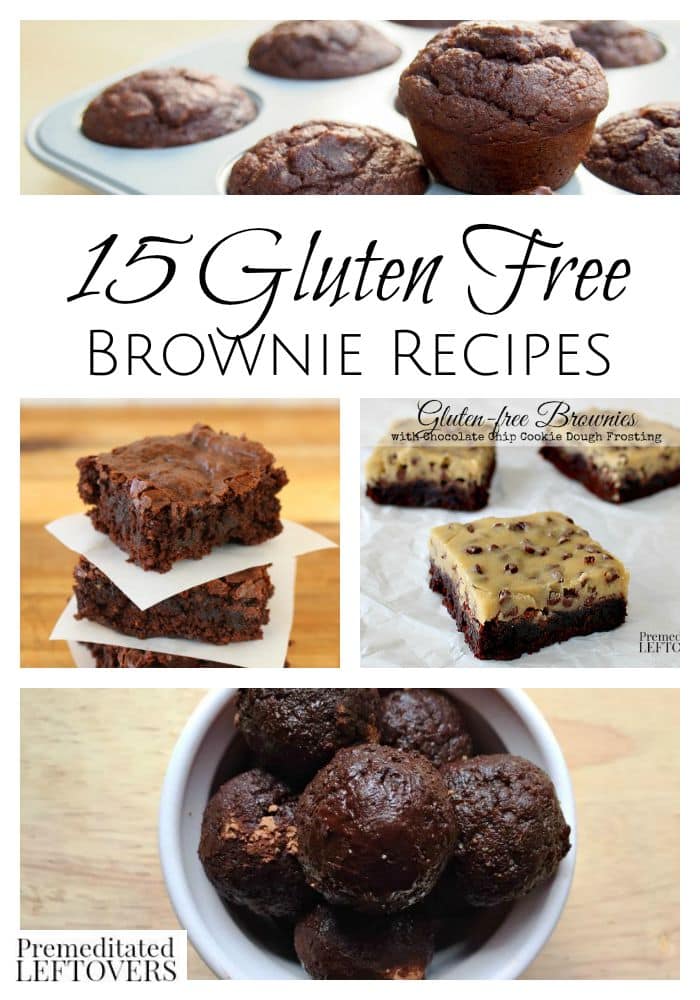 Gluten Free Blender Brownies from A Life In Balance

Date And Nut Brownie Bites from My Life Cookbook

Gluten Free Peppermint Brownie Bites from A Life In Balance

Flourless Mint Fudge Brownies from What The Fork Food Blog

Most of these recipes use alternative flour substitutes or fun alternative products to thicken this batter to create brownies that are better than your traditional ones.  I love mixing things up a bit and adding fruit like in the raspberry brownie recipe, but the best is taking something like the cheesecake brownie bites to a special event.  Nobody knows that they are gluten free!  They are so delicious that people are always asking for the recipes!

While volunteering as a budget counselor, I realized that food is the element of most people’s budgets where they have the greatest control. I set out to develop low-cost recipes from scratch to prove it’s possible to create delicious meals on a limited budget. Eating well while spending less is about more than just creating recipes using inexpensive ingredients; it’s about creatively combining ingredients so you don’t feel deprived and are inspired to stick to your budget.
412 shares