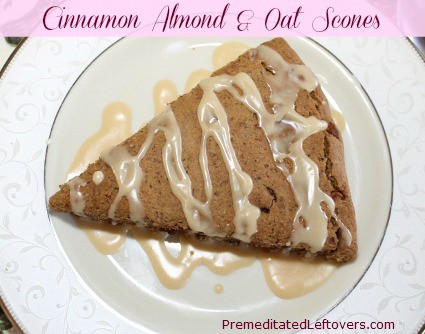 I have had the privilege of living in many states across America.  Every time we move to a new location, I take pleasure in learning about the history of the area and trying the foods of that region. Which is why I developed a taste for sun tea with hummus on rice cakes  in California, sweet tea and pecan pie in the south, ice-tea and crab cakes in Maryland, and hot tea served with scones in Virginia.

It makes sense to me that Bigelow's nickname is America's Tea. I have used it in every brewing method I have learned in my travels and the rich full bodied flavor is delicious no matter how it is prepared.  While the tea I drink has remained the same, the tea “moments” have changed drastically from state to state. 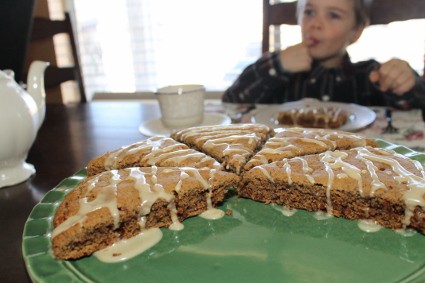 Our biggest change came when we moved from Virginia to Nevada. I fell in love with “high teas” while living in Virginia. We regularly attended formal teas and hosted a weekly tea in our home. After we settled into our house in rural Nevada, we held a tea for our new friends. I had tea pots filled with some of our favorite Bigelow Teas: Cinnamon Stick, Raspberry Royale, and Plantation Mint. When I asked each of our guests what tea they would like I was met with the same answer: “No thank you, I don't like tea”. I began to panic,  but then I realized that our guests had probably only had plain black tea and had never tried flavored teas before. So I added French Vanilla Creamer to the Cinnamon Stick tea and offered samples. Many of our guests decided that they liked tea after all. 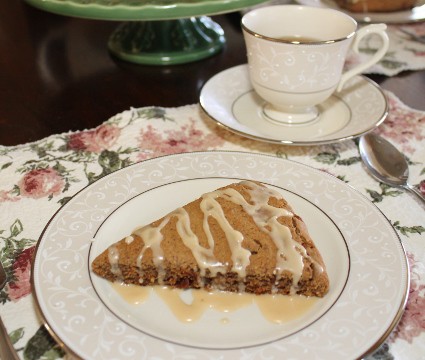 While I would love to think that I am having an impact on Nevada, I have to admit that Nevada is having an influence on us and it is reflected in our tea moments. My kids still enjoy pulling out the china for a tea party, but we rarely host formal teas; if anyone is wearing a hat when we do host a tea, it is most likely a cowboy hat. 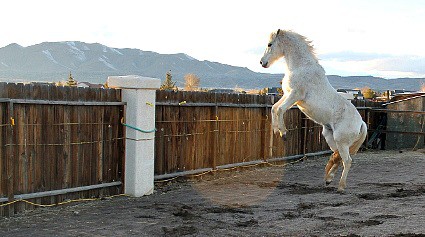 My scones have changed since moving to Nevada too. We need something a little hardier to sustain us after working outside on a cold winter day, so I add oat flour and almond meal to our scones and biscuits. Instead of “frou-frou” scones, I now make scones that will “stick to your ribs”. 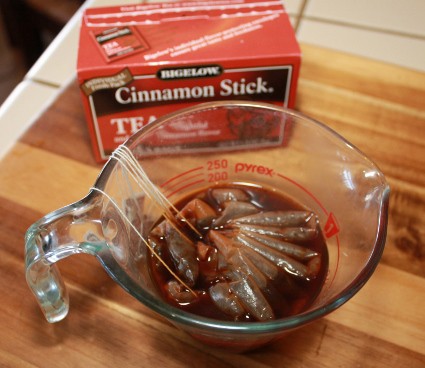 I like adding tea to my recipes in place of dairy products because my oldest son is lactose intolerant. Some non-dairy milk alternatives have a strong flavor that detracts from the recipe. Water doesn't have a distracting flavor, but it doesn't bring anything either. By matching a flavored tea to the other ingredients in the recipe, I can use a liquid that is complementary and results in a delicious dairy-free dessert. 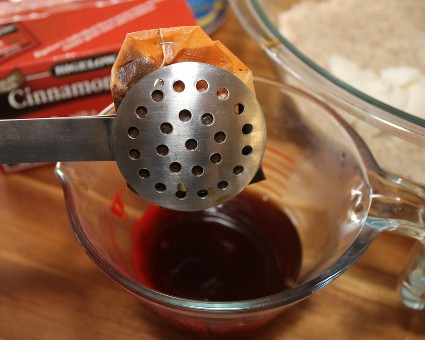 For my Cinnamon Almond  & Oat Scones, I make an extra-strong tea by steeping 6 bags of Bigelow Cinnamon Stick Tea in 3/4 cup of water. I squeeze all of the liquid from the tea bags to get every bit of the rich flavor. 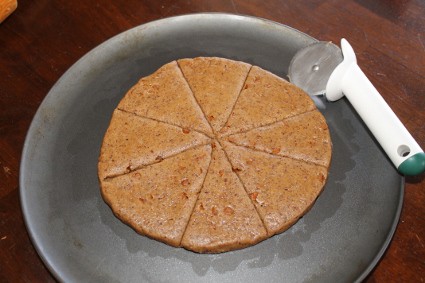 When my son saw me rolling out the dough for scones, he excitedly asked if he could pull out the china. I couldn't say no to an impromptu tea party with my little guy. 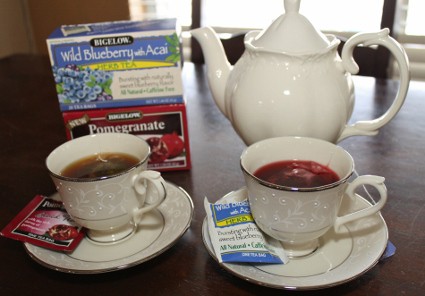 We enjoyed our scones and  tried the new varieties of Bigelow tea that we bought at Walmart. I enjoyed both the Pomegranate and the Wild Blueberry with Acai. Both had a rich fruity flavor and a mild sweetness, which meant I didn't need to add any sugar to my cup of pomegranate tea and my son only needed a drop of honey to make his Wild Blueberry with Acai tea perfectly sweet. 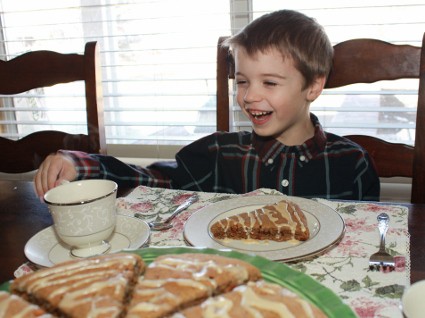 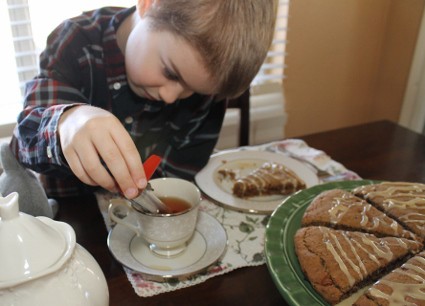 One of the fun things about having a tea party with a 5 year old boy, is you never know when it will turn into a science experiment! After checking the temperature on every cup of tea and sipping tea at different temperatures, Andrew decided that the perfect temperature for tea is 100 degrees. And that is one of the wonderful things about our laid back Nevada tea moments: Mom's tea can be transformed into a tea party and just as quickly dissolve into a science experiment.
You can find more recipes using Tea from Bigelow Tea and on their Facebook Page.
I am a member of the Collective Bias® Social Fabric® Community.  This shop has been compensated as part of a social shopper insights study for Collective Bias® and Bigelow Tea #CBias #SocialFabric #AmericasTea. The opinions, techniques, and recipe are my own.
154shares 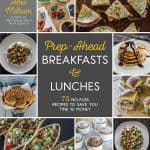 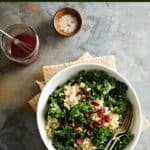 How to Meal Prep Salads and Keep Salad Fresh 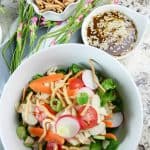 While volunteering as a budget counselor, I realized that food is the element of most people’s budgets where they have the greatest control. I set out to develop low-cost recipes from scratch to prove it’s possible to create delicious meals on a limited budget. Eating well while spending less is about more than just creating recipes using inexpensive ingredients; it’s about creatively combining ingredients so you don’t feel deprived and are inspired to stick to your budget.
154shares