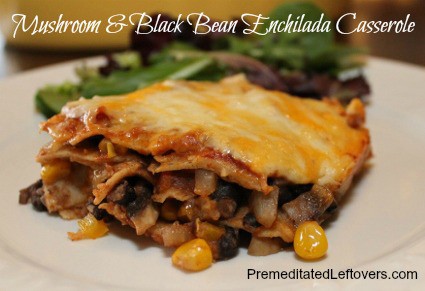 If you put sliced mushrooms in a salad, I will eat around them, and so will my kids. But dice the mushrooms up and add them to a dish and we will devour them every.single.time. Which is a good thing! Despite all the time we spend outside, my oldest son and I  have low levels of Vitamin D. In addition to a prescription, my doctor gave me a list of natural sources of Vitamin D and mushrooms were, in my opinion, the most delicious option on the list. 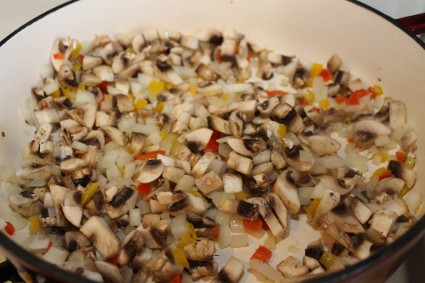 Mushrooms also make a filling, low-calorie substitute for meat in recipes. Combine mushrooms with beans and you have a hearty meal that will even satisfy a teenage boy with a hollow leg.

I was really tempted after sauteeing the mushrooms with onions and peppers to just grab a fork and chow down, but I promised my family an enchilada casserole, so I exercised self-control. 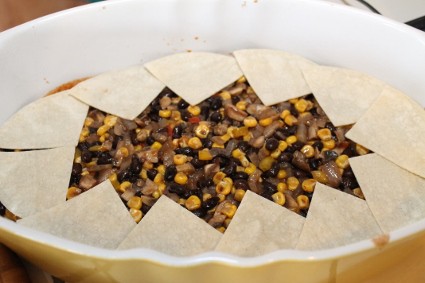 I added cooked beans, frozen corn, and homemade enchilada sauce to the mushroom mixture and layered it between tortilla pieces to create an enchilada casserole that is ready in under 30 minutes.

If you have someone in your family, like my daughter, who isn’t crazy about mushrooms, I suggest using  white button mushrooms, because they are mild and take on the flavor of the other ingredients. After eating this casserole, my daughter said, “It’s fantabulous! And you can quote me on that”.

This is a partnered post with The Mushroom Channel and Global Influence. The opinions and recipe are my own. 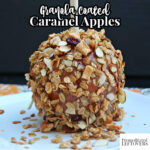 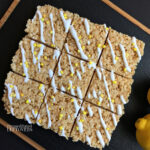 While volunteering as a budget counselor, I realized that food is the element of most people’s budgets where they have the greatest control. I set out to develop low-cost recipes from scratch to prove it’s possible to create delicious meals on a limited budget. Eating well while spending less is about more than just creating recipes using inexpensive ingredients; it’s about creatively combining ingredients so you don’t feel deprived and are inspired to stick to your budget.
867 shares