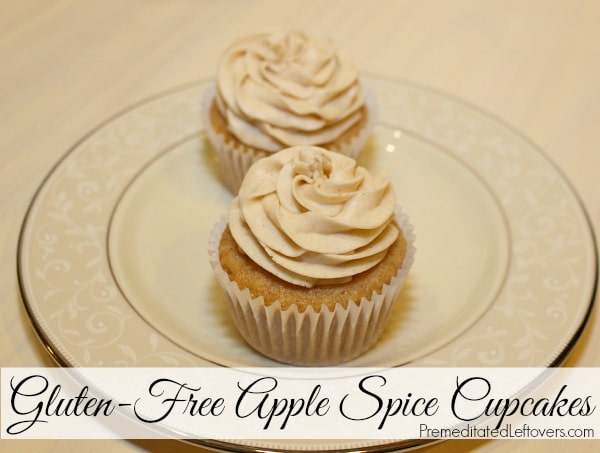 My youngest son wanted Vanilla Cupcakes and my oldest son wanted Mocha Fudge Cupcakes. They were unable to come up with a compromise, so I decided to make Gluten-Free Apple Spice Cupcakes with Cinnamon Frosting.

They both complained the whole time I was making the gluten-free apple spice cupcakes because I wasn’t making the type of cupcake they wanted. That quickly changed to impatience once they smelled the Apple Spice Cupcakes baking. By the time the cupcakes had cooled and I added Cinnamon frosting they both forgot that they ever wanted anything other than Apple Spice Cupcakes. 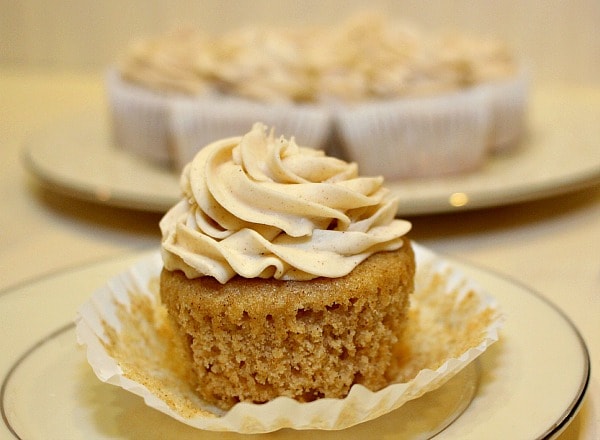 I modified The Fluffiest Butter Cream Frosting recipe to create a cinnamon frosting. If you need to make the frosting dairy-free, you can substitute vegetable shortening for the butter and vanilla flavored almond milk for the whipping cream.

While volunteering as a budget counselor, I realized that food is the element of most people’s budgets where they have the greatest control. I set out to develop low-cost recipes from scratch to prove it’s possible to create delicious meals on a limited budget. Eating well while spending less is about more than just creating recipes using inexpensive ingredients; it’s about creatively combining ingredients so you don’t feel deprived and are inspired to stick to your budget.
905 shares