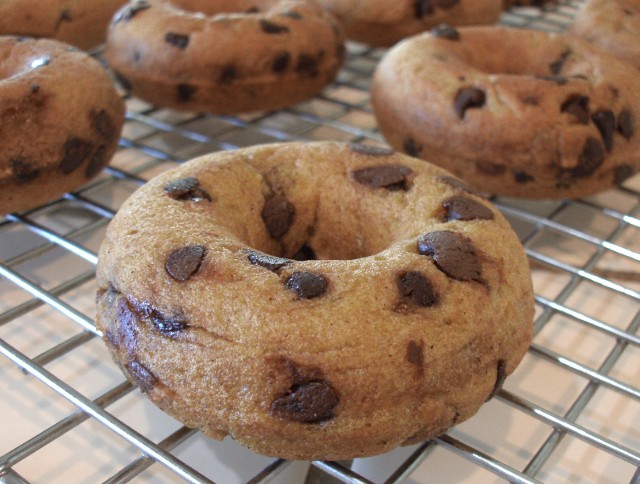 Today, I caught the baking bug. As I was baking, I periodically called my kids in to taste test my creations. On one of my daughter’s trips to sample a cake she announced that she loved fall because when I talk about cooking with squash it means something baked with pumpkin rather than a side dish with yellow squash and zucchini.

last week. This morning I found the box open and my son reading the directions. I was definitely slacking in his eyes. So in between experimenting with apple recipes, I whipped up a batch of Gluten-Free Pumpkin Doughnuts. The addition of mini chocolate chips was an act of contrition.

I used both the donut maker and my Norpro Donut Pans 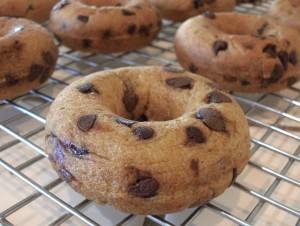 Print
Prep time
10 mins
Cook time
15 mins
Total time
25 mins
Author: Alea
Recipe type: Breakfast
Serves: 12
Ingredients
Directions
Notes
If using a donut maker, fill the bottom portion until it is just full. Close the lid and cook for 7 minutes or until the donuts are brown. Remove the doughnuts and allow them to finish cooling on a cooling rack.
3.5.3208 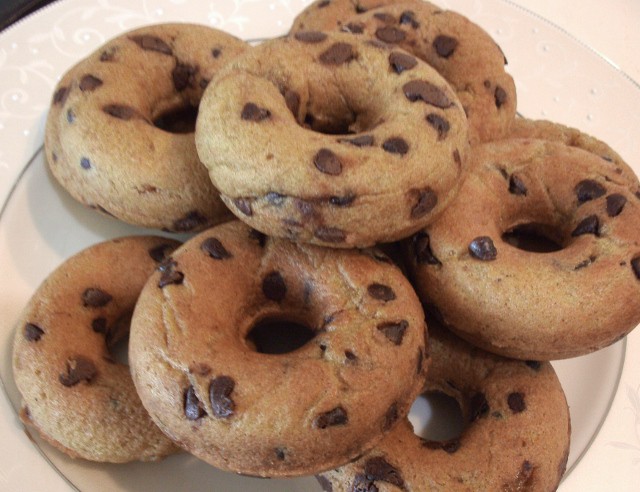 While volunteering as a budget counselor, I realized that food is the element of most people’s budgets where they have the greatest control. I set out to develop low-cost recipes from scratch to prove it’s possible to create delicious meals on a limited budget. Eating well while spending less is about more than just creating recipes using inexpensive ingredients; it’s about creatively combining ingredients so you don’t feel deprived and are inspired to stick to your budget.
3019 shares