Get ready for a party in your mouth! This Mexican Cocoa recipe is a delicious blend of chocolate, cinnamon, and cayenne pepper. This Mexican hot chocolate has layers of flavor to it. And the little extra spot of heat from the cayenne pepper is very welcome to those of us who live in the high dessert and are already experiencing below freezing temperatures! 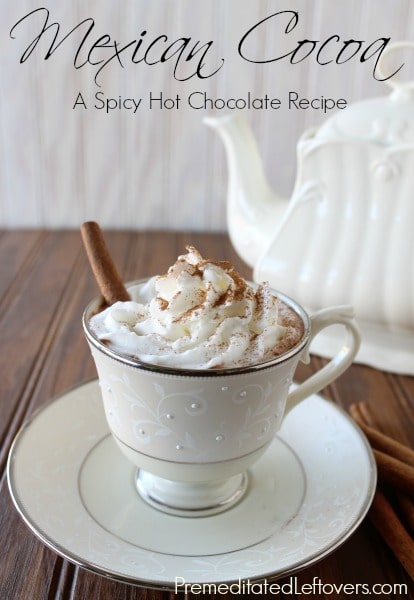 Mexican hot chocolate has a bolder chocolate flavor and is a little less sweet than traditional cocoa. Some people melt unsweetened chocolate bark when they make Mexican Cocoa, but I use Rodelle Gourmet Baking Cocoa

because it has a bold chocolate flavor without the extra work.  Since cocoa doesn’t need to be melted in a double boiler, it speeds up the process.

The chocolate and sugar really do balance out the cinnamon and cayenne pepper, but if you are worried about the heat, you can reduce the cayenne pepper to an 1/8 of a teaspoon.

What is your favorite way to drink hot chocolate? 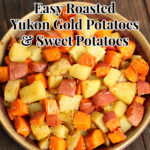 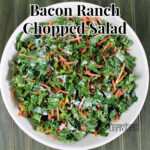 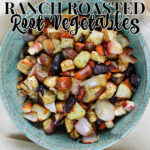 While volunteering as a budget counselor, I realized that food is the element of most people’s budgets where they have the greatest control. I set out to develop low-cost recipes from scratch to prove it’s possible to create delicious meals on a limited budget. Eating well while spending less is about more than just creating recipes using inexpensive ingredients; it’s about creatively combining ingredients so you don’t feel deprived and are inspired to stick to your budget.
4883 shares