↑
You are here: Home / Recipes and Cooking Tips / How to Cook a Turkey in a Slow Cooker
This post may contain affiliate links. Read our disclosure policy here.
4795 shares 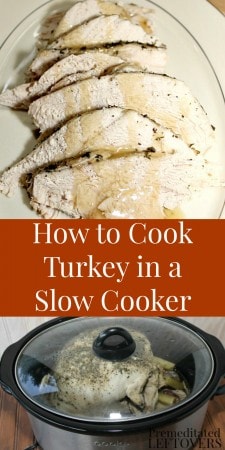 In a trial run for Thanksgiving, I made this easy slow cooker turkey recipe using a Honeysuckle White turkey breast. 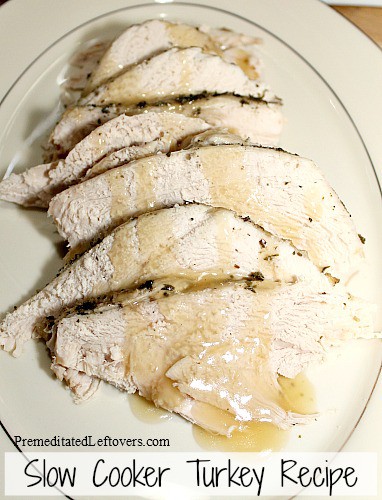 This Thanksgiving I am going to have a smaller crowd at my table. In fact, I will only have 7 people for dinner, when I am accustomed to cooking for 12 or more. Now you may think that cooking for 7 is easier than cooking for 12, but I don’t. When you have lots of guests, they can help entertain each other when you have to slip off to cook. But when you only have a couple of guests, you have to work a little harder to balance your roles as both hostess and cook. 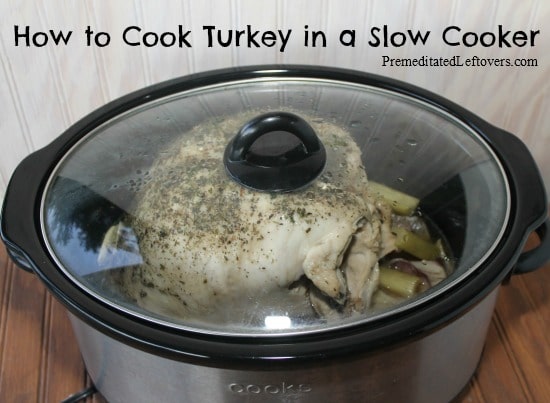 To make Thanksgiving dinner a little easier, I have decided to make our turkey in the slow cooker. I have made a small turkey in the slow cooker before, but because our guests avoid high-fat foods, I have decided to cook a large turkey breast instead. I was pretty sure the process would be the same, but I wanted to make sure. So in order to reduce stress on Thanksgiving even more, I did a practice run this weekend.

SaveMart grocery store was having a buy one get one sale on turkeys, so I picked up two. One to experiment with before the holiday feast and one to serve on Thanksgiving.

How Much Turkey Per Person?

When I pick a turkey, I plan for one pound per person. I realize that most people will not eat that much, but some of the weight of the turkey is bones. Plus it is nice to have leftover turkey. An 8-pound turkey will provide enough for dinner for us with some leftover turkey for the next day.

How long does it take to thaw a turkey?

I put one turkey breast in the fridge to begin thawing immediately and one in the freezer for later. You want to plan 1 day of thawing in the refrigerator for every 4 pounds of turkey. 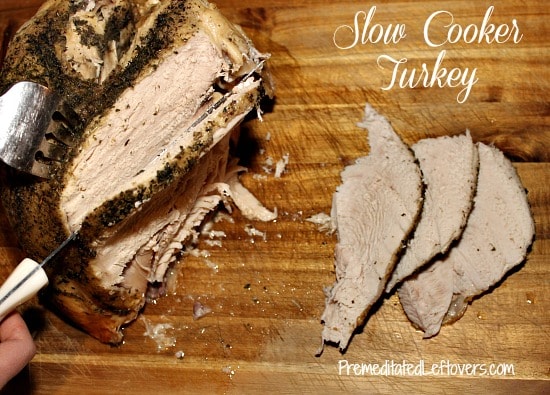 How to Cook Turkey in a Slow Cooker

The turkey took 6 hours on high in my slow cooker. Slow cookers vary so I recommend that you start checking the internal temperature at about 5 hours. Once it has reached 170 degrees in the breast (and 180 degrees in the thigh if you are cooking a whole turkey) you are ready to pull it out and serve it. Now the great thing about a slow cooker is that if your turkey is ready before the other dishes, you can just turn it to warm and not have to worry about it drying out or getting cold.

I do not cook my stuffing inside the turkey because that slows down the time it takes to cook the turkey. Instead, I just put a few pieces of onion and celery inside the cavity to add flavor. If the turkey is in the slow cooker, I have plenty of room in the oven to cook the dressing in a casserole dish. 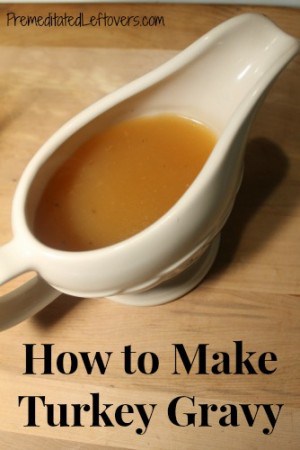 How to Make Turkey Gravy

The gravy from the slow cooker turkey is the most flavorful turkey gravy I have ever had. Take the time to make your gravy from scratch! It takes less than 5 minutes and it is worth it. Below is a basic recipe for turkey gravy, you can double or triple it when serving a larger crowd.

How to Cook a Turkey in a Slow Cooker

Are you cooking a large turkey this year or will you be making a smaller turkey?

Gravy made from the turkey drippings

This slow cooker turkey recipe was originally created as part of a sponsored post for Save Mart. 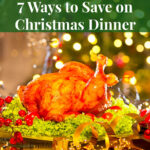 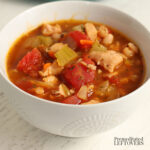 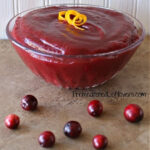